Since the birth of formal barbering, the black barber and the black barbershop has always been a precious commodity.[1] By the late 19th and early 20th century, the barbershop became a staple in every community. The shop consisted of a straight-backed chair with a head piece resembling a crutch, a basin of water, a piece of common soap and a brush. Haircuts were five or ten cents and shaves were three cents.[2] But, the story of black barbers goes back to the time of slavery.

During the period of African American slavery, exploited slaves worked as indentured servants and labour in the production of crops, such as tobacco and cotton.[3] Additionally, masters turned a profit by leasing barbers to neighbouring plantations and local establishments to groom both slaves and affluent white men alike. As a result of the huge demand, many black men literally “cut” their way to freedom.[4]

Quincy Mills explains, “Before the Civil War, most black barbers explicitly groomed wealthy white men, like businessmen and politicians. Black customers were not allowed to get haircuts in these black-owned barbershops, mainly because white customers didn’t want black customers getting shaved next to them… You might wonder, “Where did black men get their hair cut?” They got haircuts on somebody’s front porch, or in the yard, or in all these other spaces that were not commercial”.[5]

Within the African American community the black barbershop was not only the place to get hair care services but the place where black people could be vulnerable, talk about politics and issues of importance in the community.[6]  “In addition to its status as a gathering place”, Dr. Trudier Harris writes, “the black barbershop also functioned as a complicated and often contradictory microcosm of the larger world. It is an environment that can bolster egos and be supportive as well as a place where phony men can be destroyed, or at least highly shamed, from participation in verbal contests and other contests of skill. It is a retreat, a haven, an escape from nagging wives and the cares of the world. It is a place where men can be men.”[7]

In fact, during the Civil rights movement black barbershops became places where African Americans met to organise protest campaigns and discuss racial politics.[8] It was a Harlem barbershop where Stokely Carmichael gained an insight into African-American worldview and sensibility. In 1966 at age 25, he would become internationally famous when he launched the cry “Black Power” at a Mississippi civil rights rally.[9]

Quincy Mills again, “With the rise of Jim Crow, public spaces were becoming less accessible to African Americans, so it helped that places like black churches, black barbershops, and, later on, black beauty shops and other businesses provided spaces where African Americans could safely gather, talk, and organize… there are a number of cases where activists retreated to a barbershop to plan a particular campaign, and there are tons of examples of African Americans coming to consciousness in barbershops. Black newspapers were available in barbershops and many barbers were quite politically active, so they would provide their own literature and reading materials”.[10]

The most important figure in the barbershop is of course, the barber. As Ryessia Jones has noted, Black barbers often served as father figures for young children, especially males who do not have a relationship with their father. Additionally, the Black barber’s role in the community, often sees them obligated to act as “community developers”, promoting and participating in the exchange of “antidotes for illnesses” within the barbershop. Therefore, Black barbers have often emerged as informal leaders within the community.[11] Wood and Brunson have noted a similar trend writing, “barbers offered the longevity of their businesses and sustained relationships with clients as evidence of their unique contribution to the community”.[12]

In his photo essay of black barbershops, Jason Parham also explores the unique role of the black barber and the experience of the client. He notes a number of responses including, ““In a lot of ways, barbers are our therapists. The shop is where I learned what being a black man was about early on,” and “A haircut, for me, has become a restorative experience. At its best, it transforms — mind, body, soul.”[13]

My only experience of a black barber shop was one called Phresh Cuts, in Plaquemine Louisiana. I had just eaten at the restaurant next door and as I went to get in the car I noticed the barbershop. I liked the aesthetic of the shop front and so I took a photo. As soon as I had clicked the shutter the door swung open and out came the barber. As I lowered my camera he yells, “What’re ya doing! Get over here!” With some trepidation I walked over to chat with him, while wondering if I had made some cross-cultural blunder and offended him.

But, within minutes he had me inside the shop introducing me to all his customers! There was a young African-American college football player whom I was told would be playing in the NFL in no time and, an up and coming hip hop artist. I explained why I was in this small town north-west of New Orleans, to which the barber replied, “you wanna make million”. Despite not having an approved visa or green card to work in the US, I excitedly responded, “Yeah! Who doesn’t want an easy million?!”

To make the million that the barber spoke of, I was going to need to make a music video for this self-professed up and coming hip hop star. Despite my enthusiastic response, the barber must have sensed my lack of faith in this young rapper’s lyrical prowess. He walked over to the stereo and started shuffling through a stack of CD’s, which I can only imagine were the mixtapes of every other up and coming rapper in county! Upon finding this young rapper’s latest album the barber started pumping it throughout the barbershop.

His expression and body language clearly indicated that he thought his powerplay would pay off. That he would thoroughly convince me that not only was his request an advantageous one for me to accept, but that this young rapper was indeed on route to stardom.

Sadly, for both the barber and this young rapper, today wouldn’t be the day that we became millionaires. I thanked them for the offer of a potential million but explained that my schedule for driving from L.A. to New York simply wouldn’t allow enough time to come up with a treatment for the video clip.

We got a photo together (which you can see below) and I opened the door to leave. “Hold up”, the barber said, as he popped the CD out of the stereo. “Take this”, he said, as he handed me the album of the young rapper, “Listen to it and see if you come up with any ideas”.

The following photos are from the drive from Houston, Texas, to New Orleans, Louisiana. 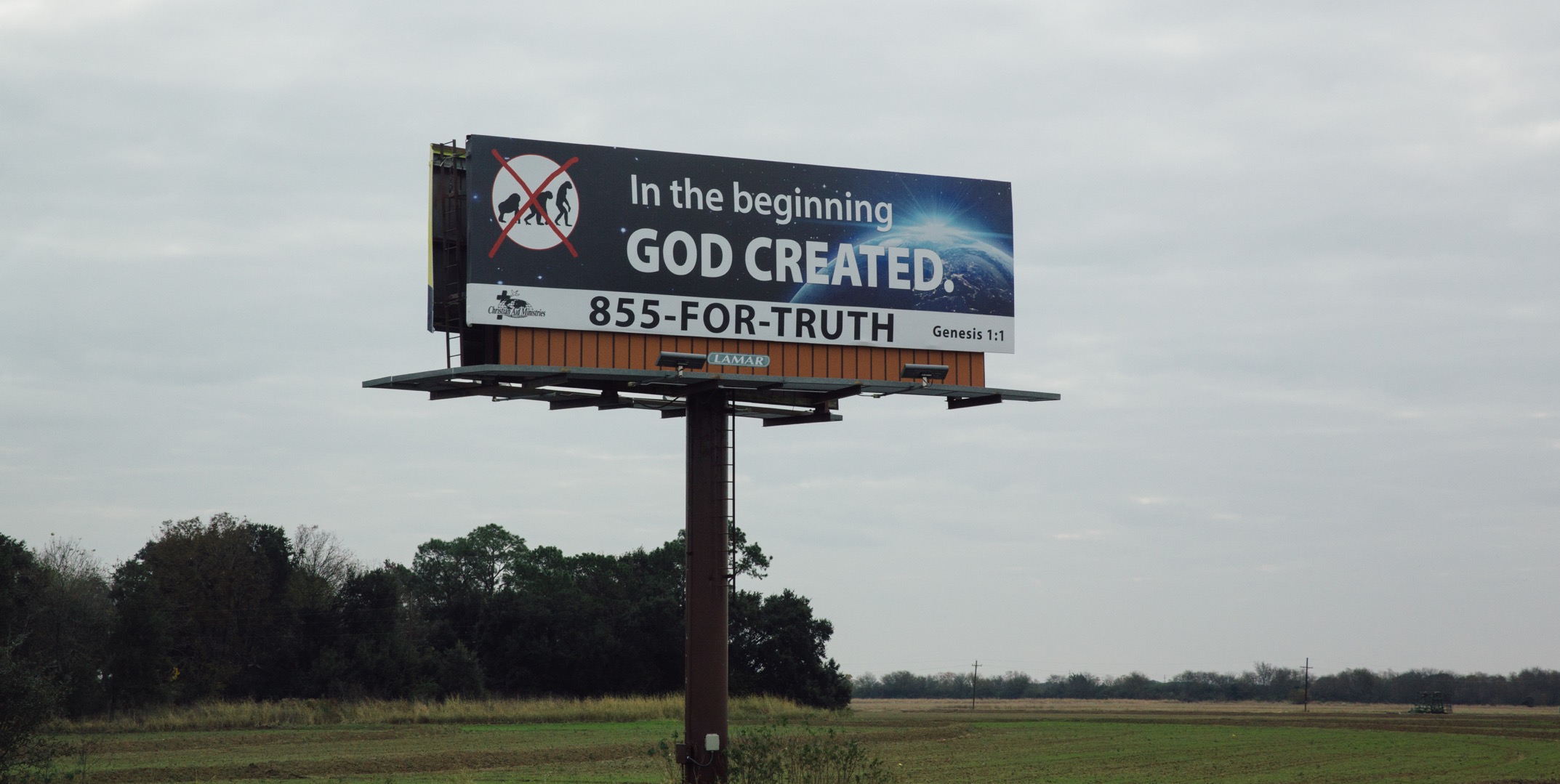 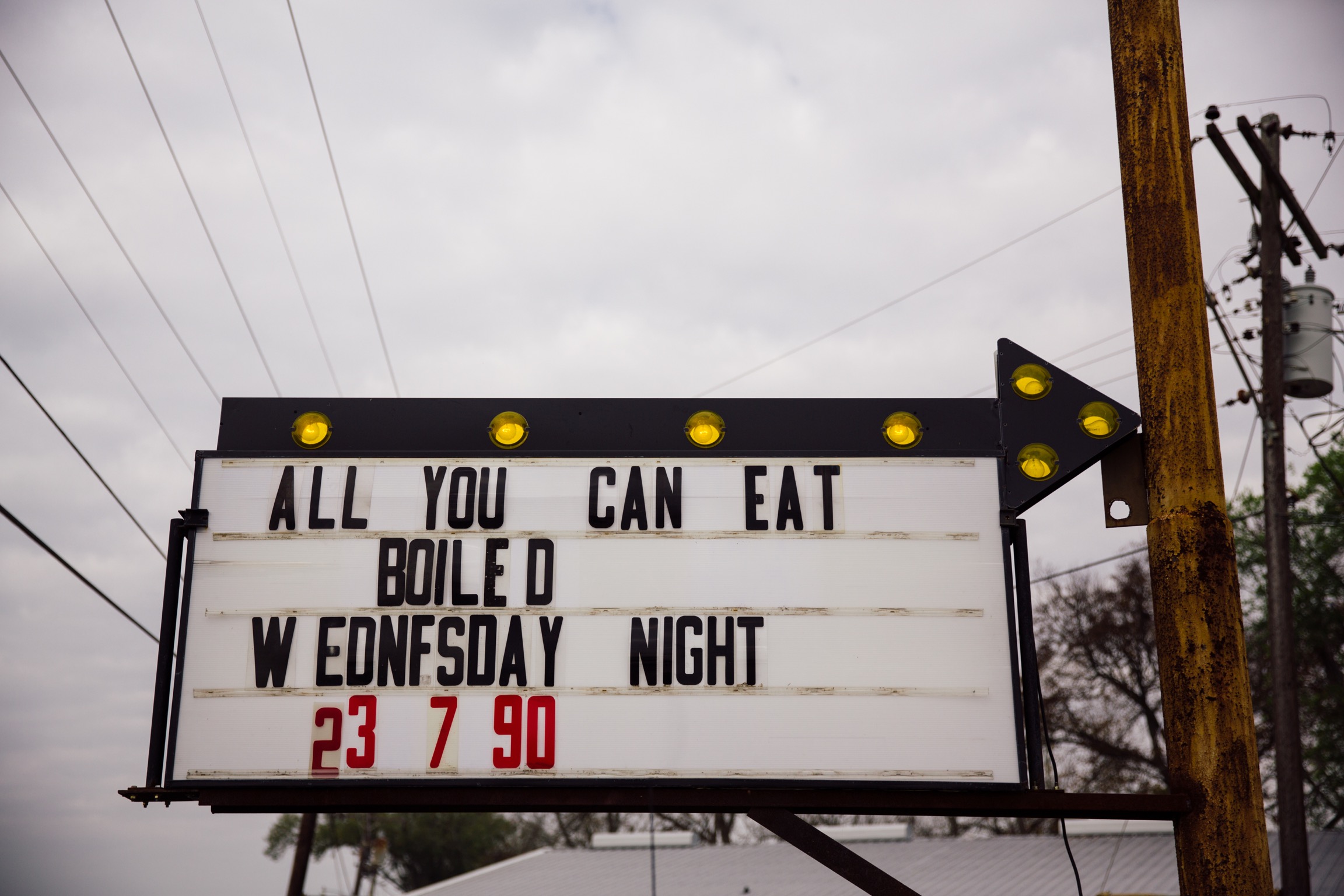 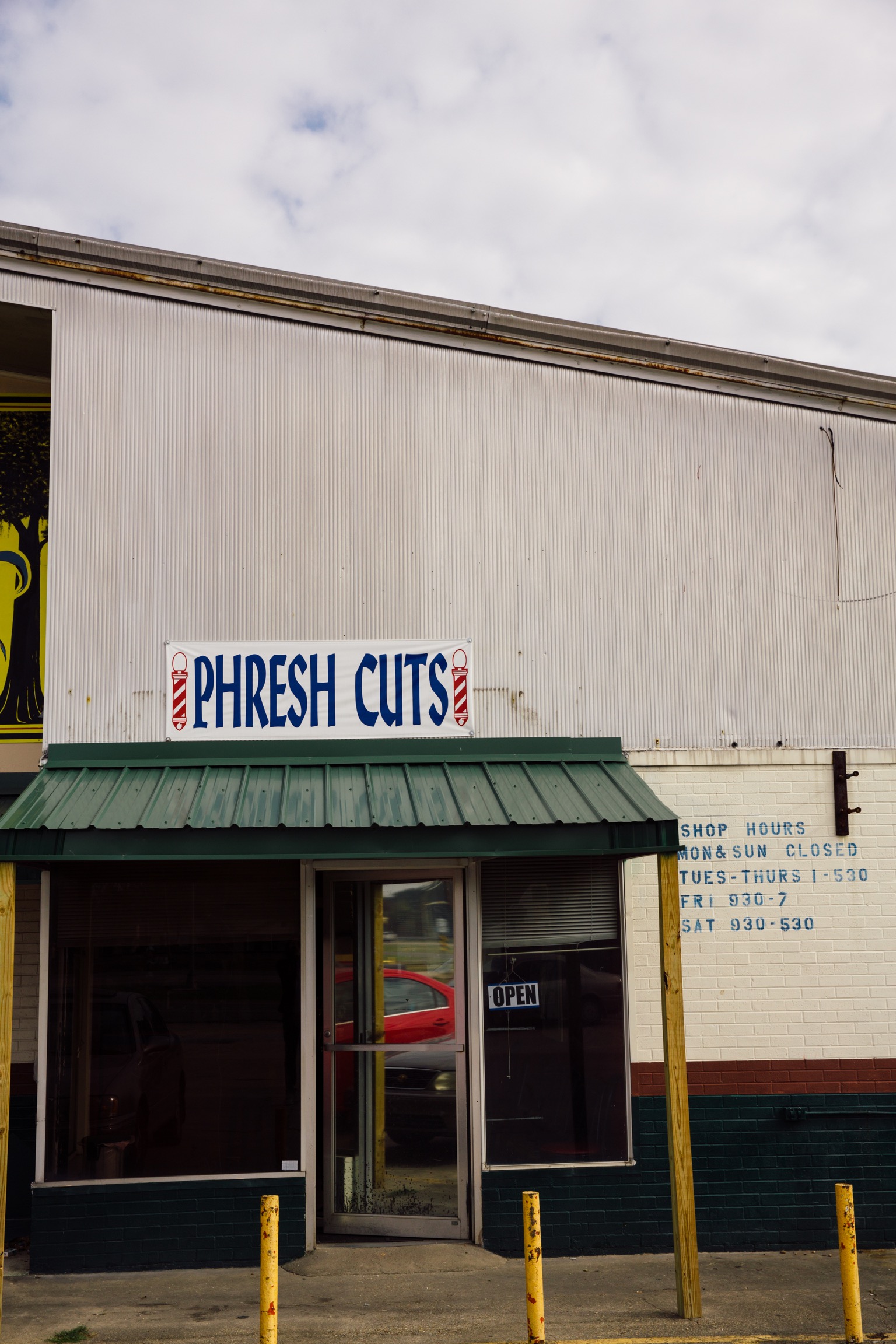 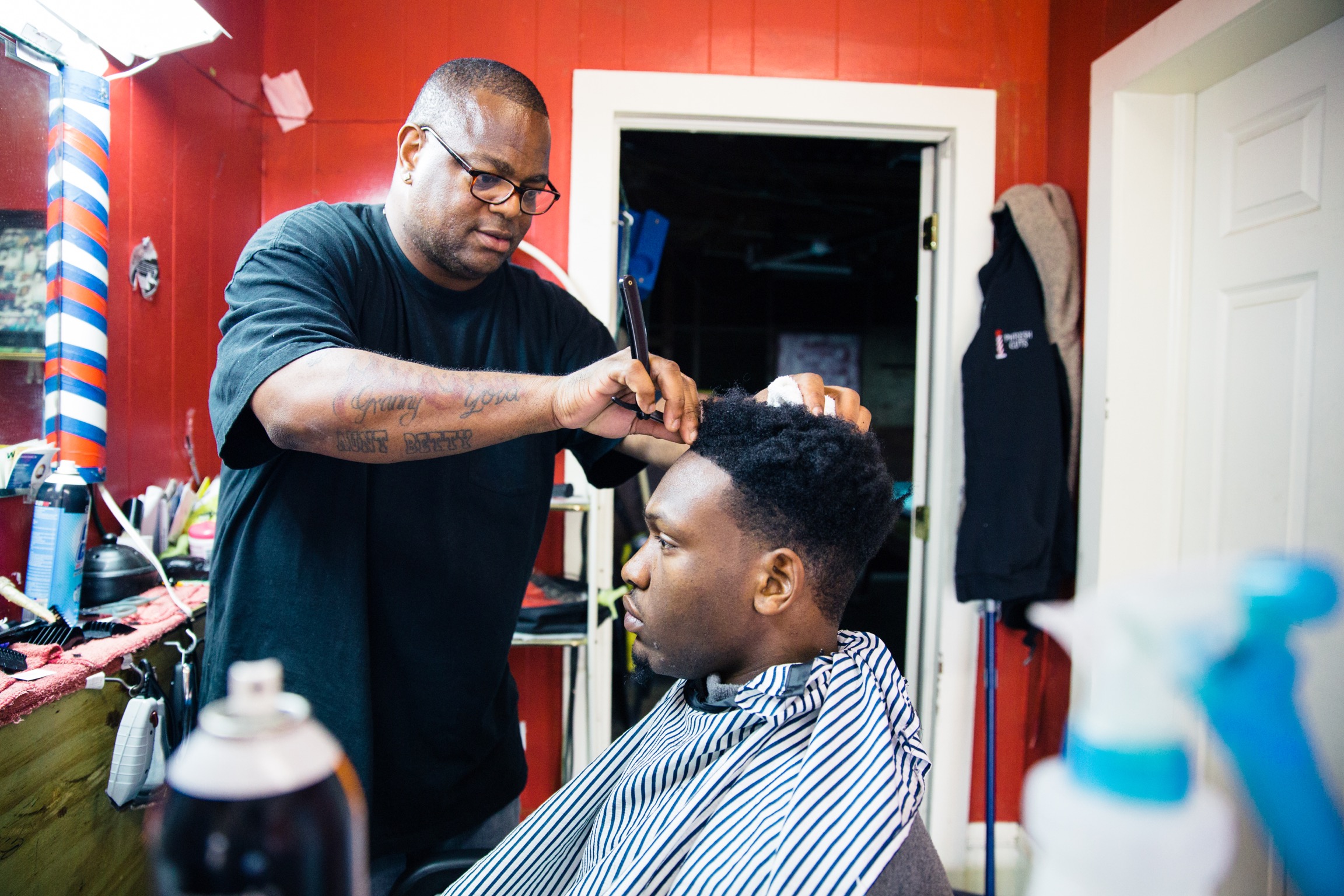 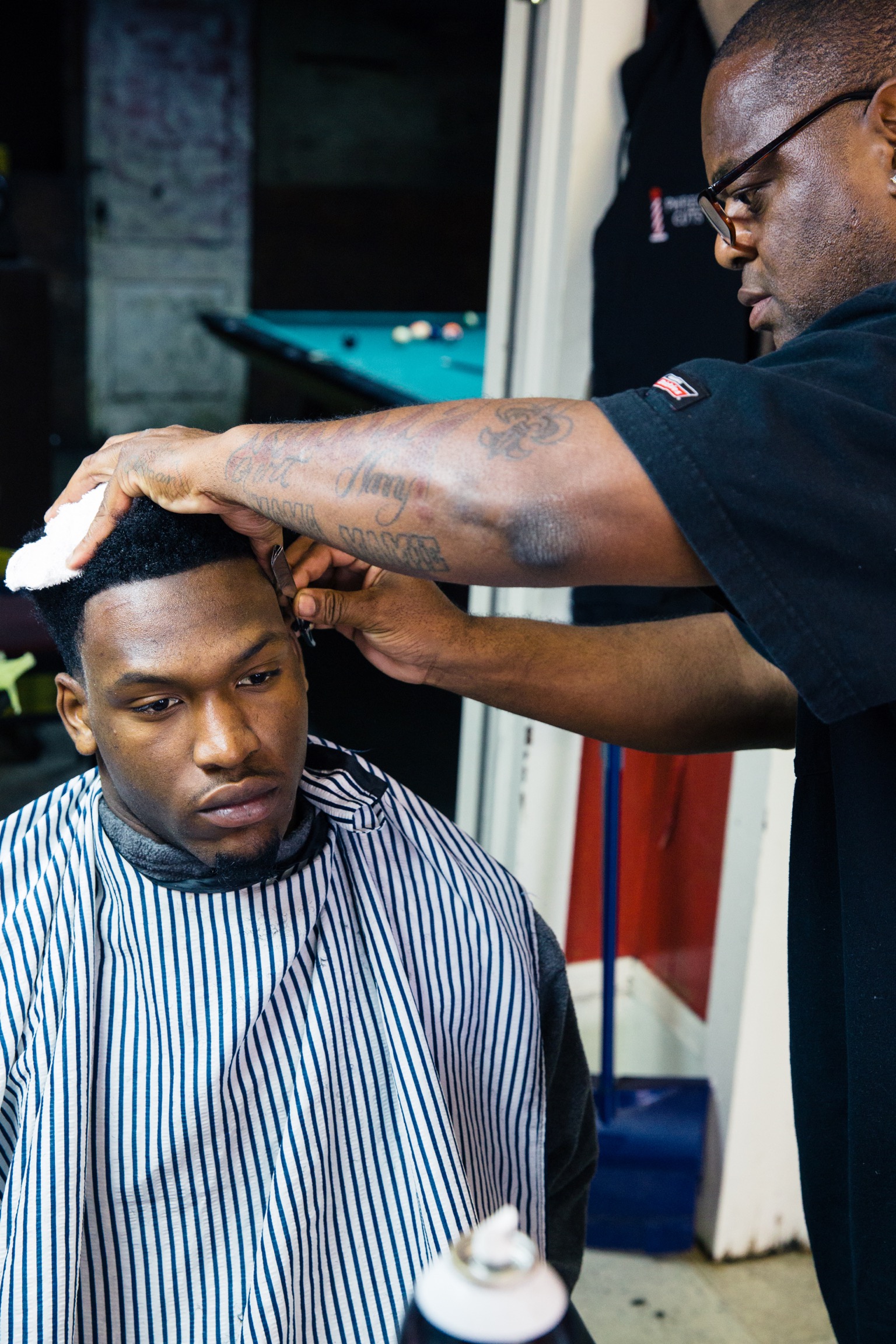 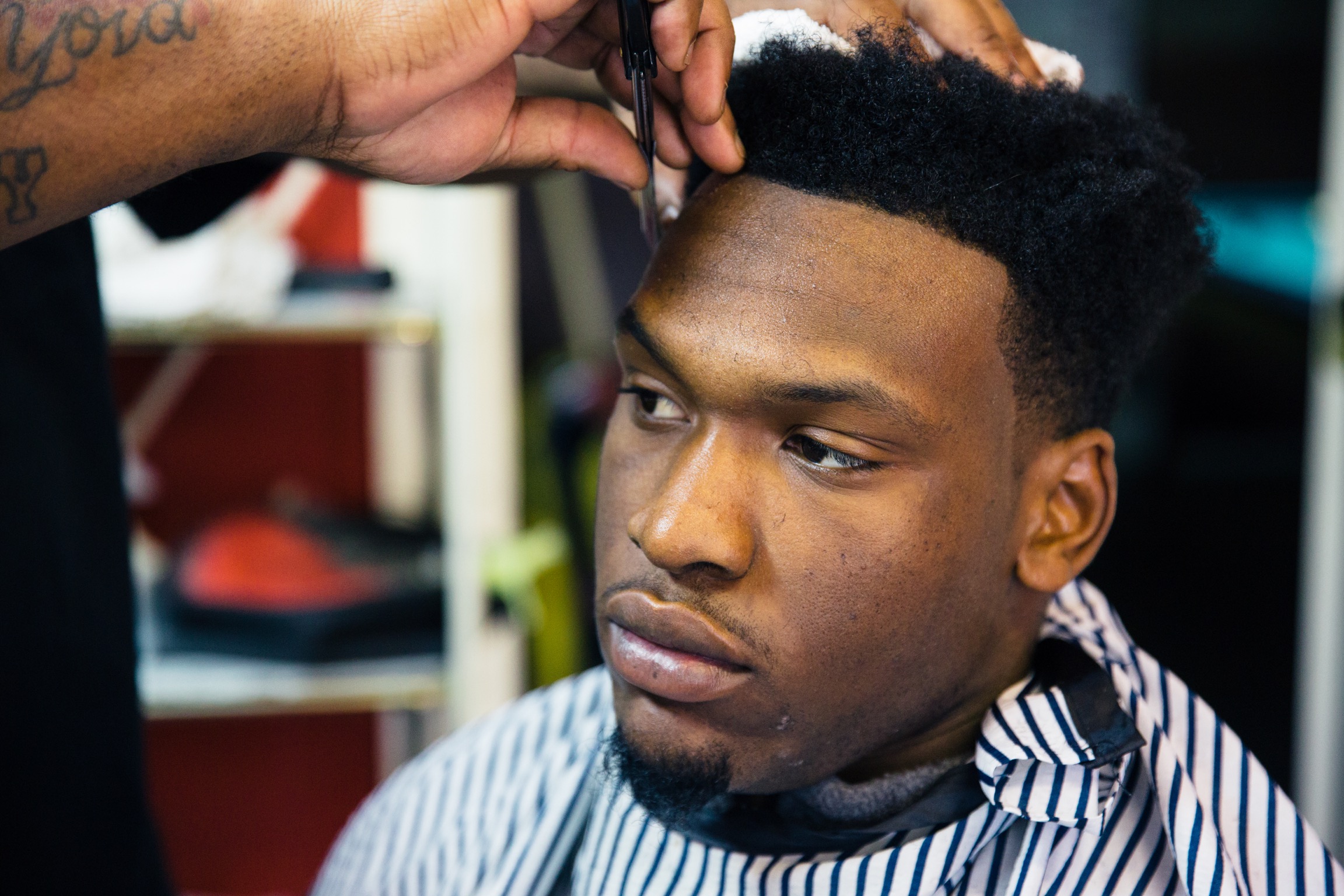 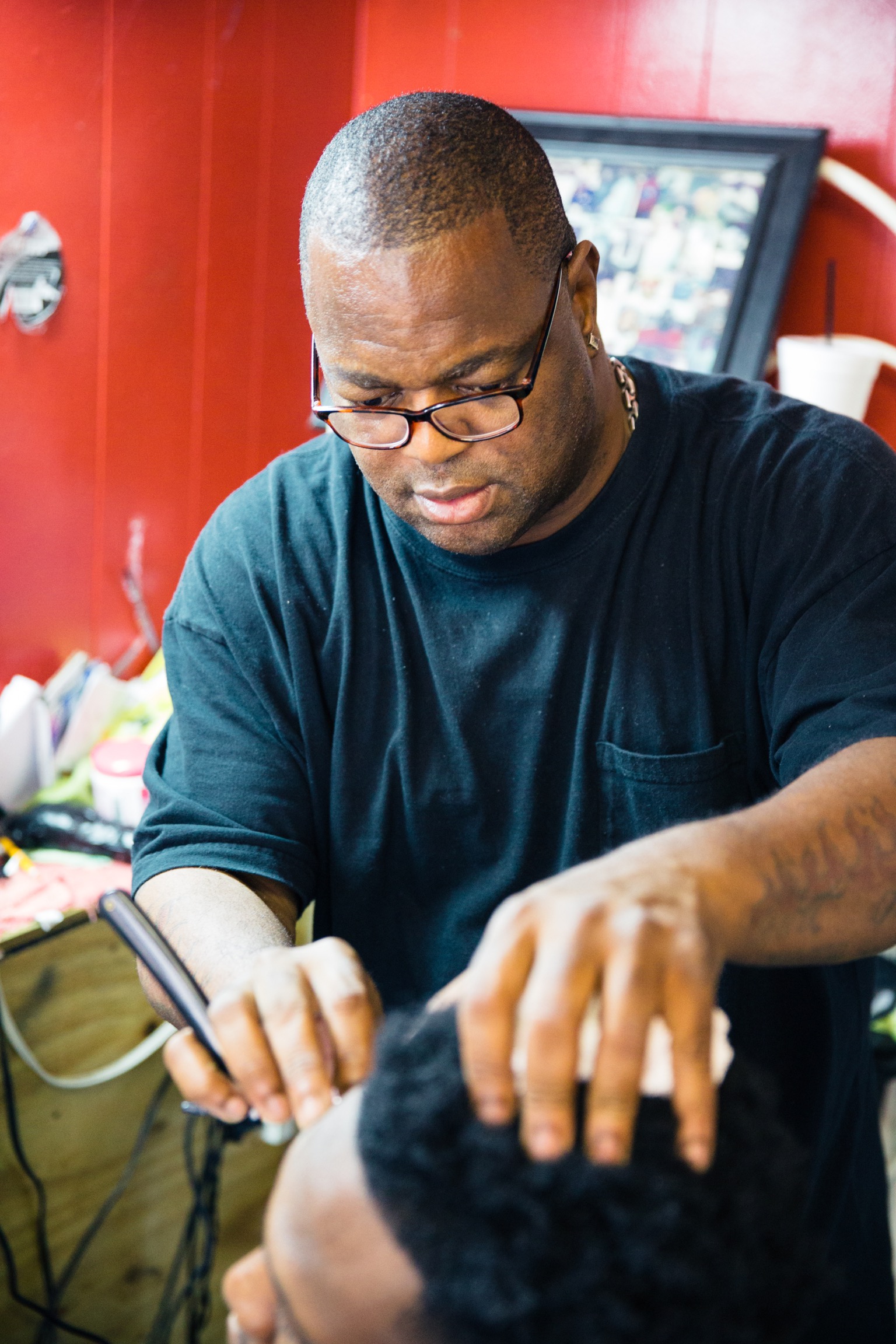 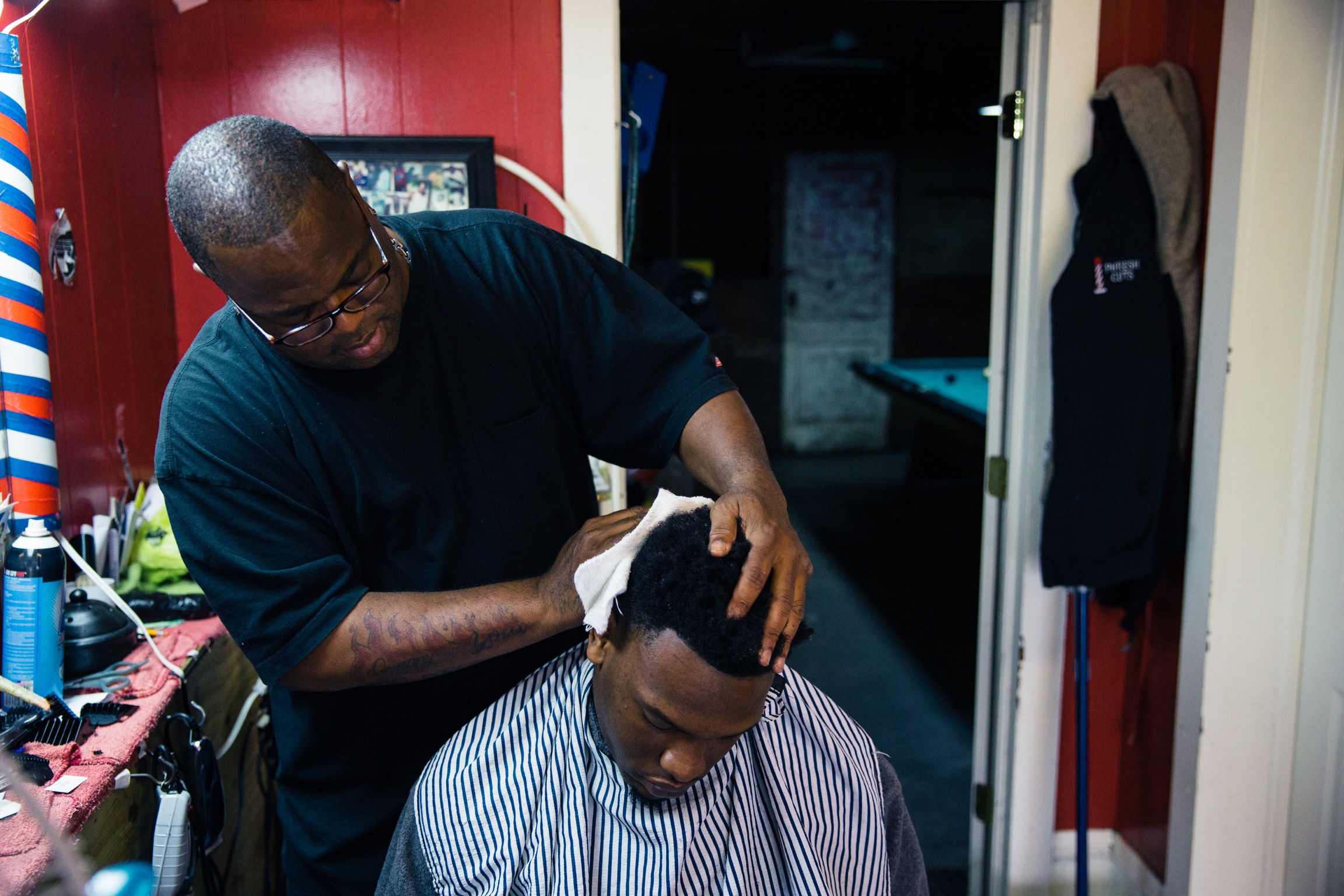 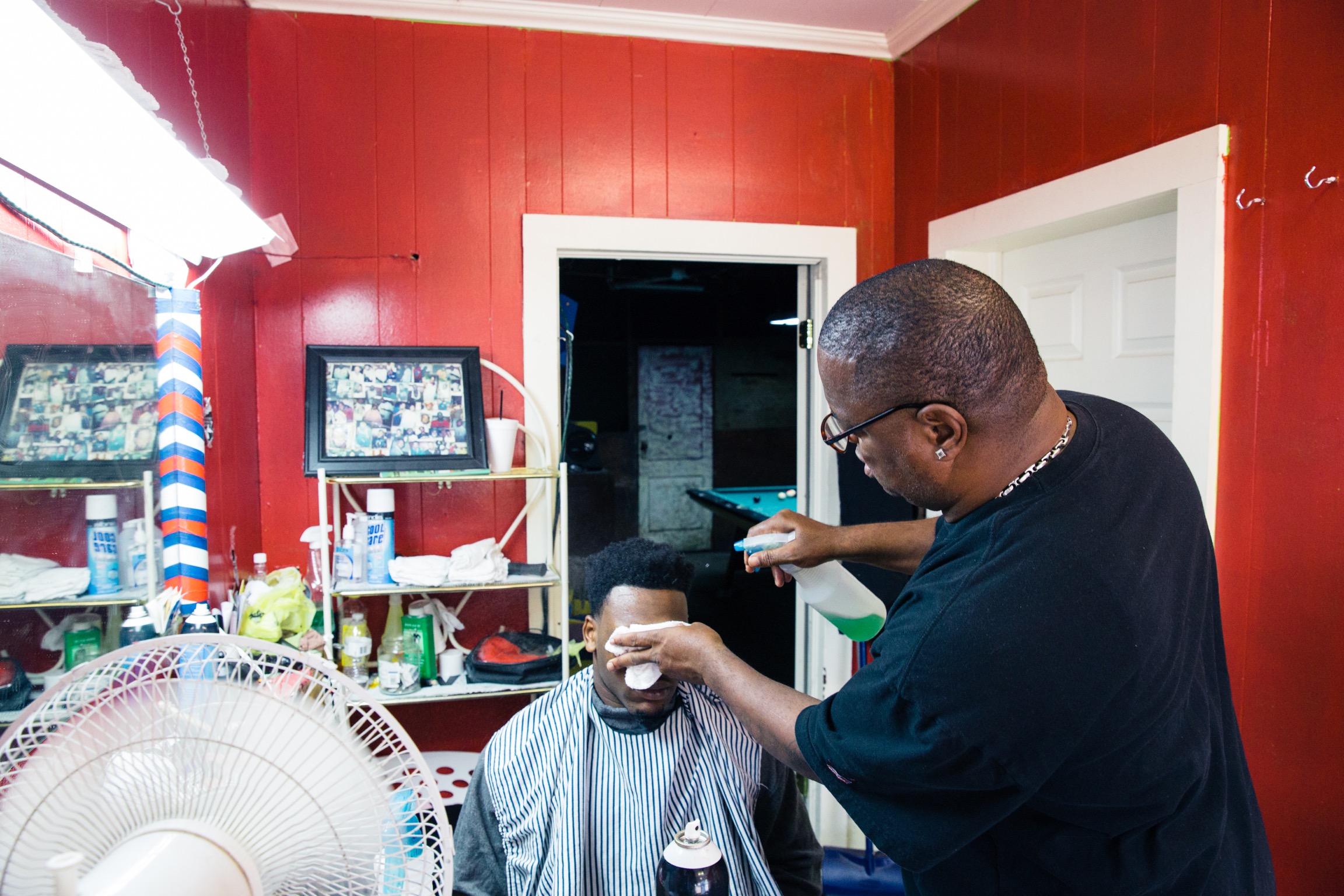 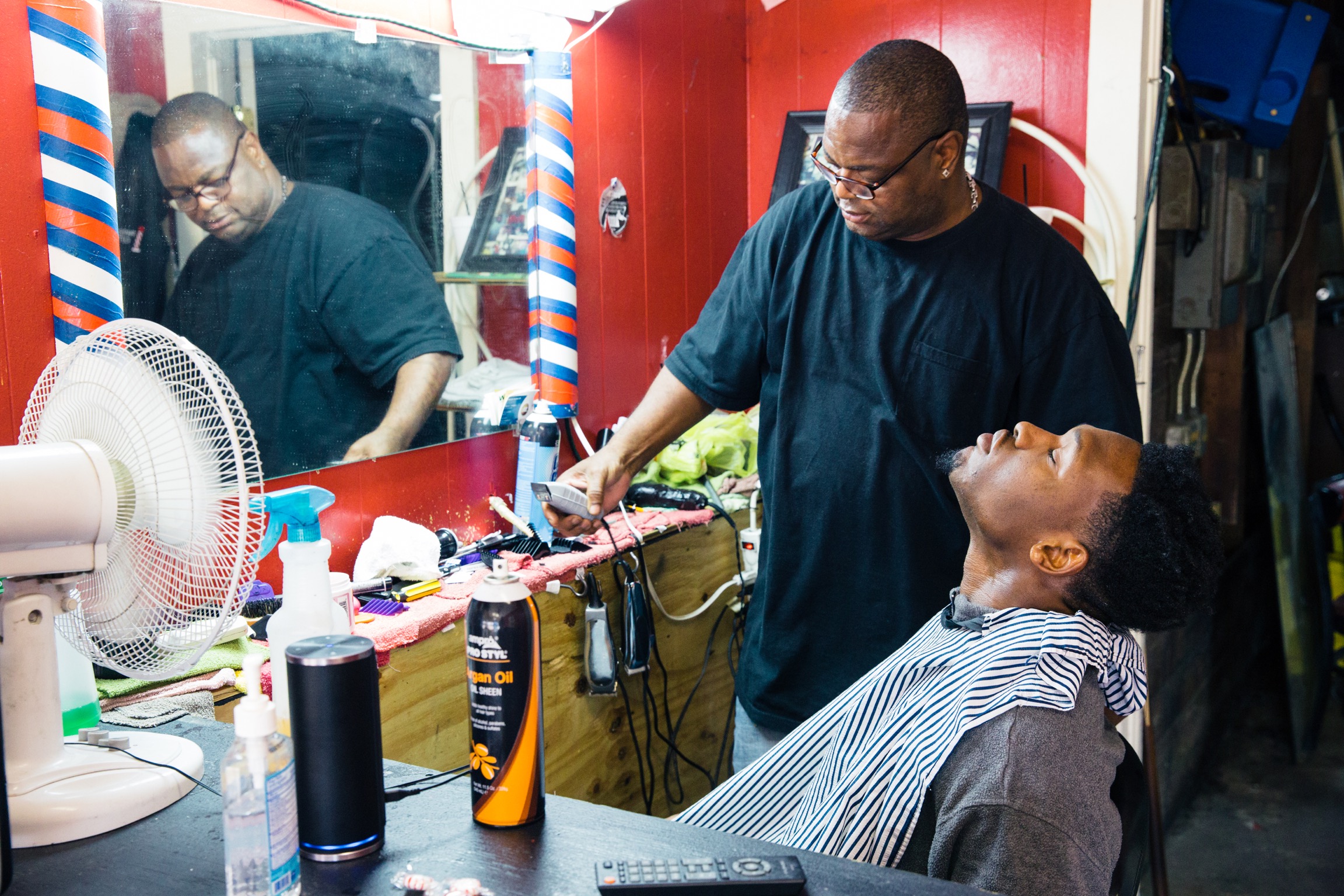 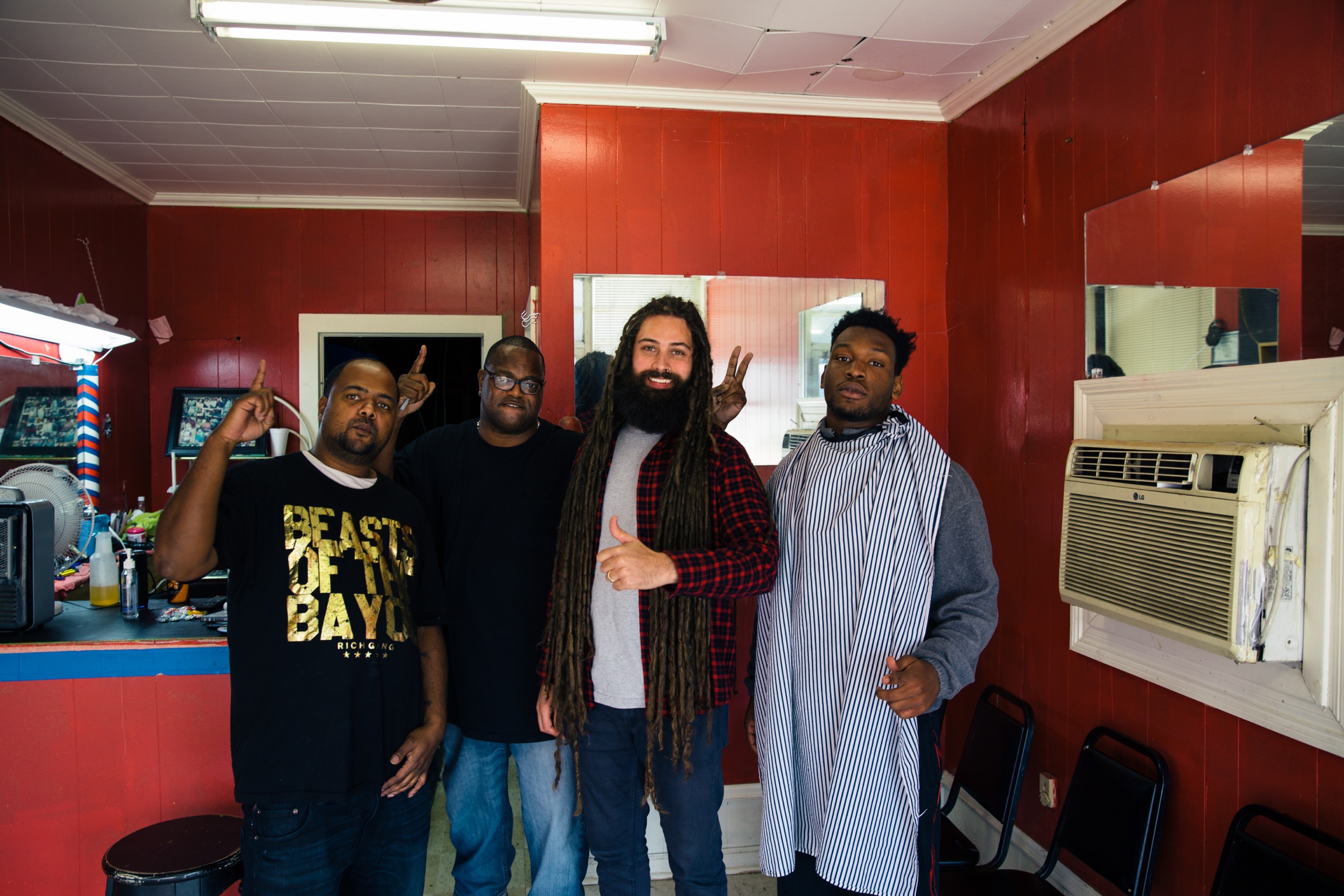 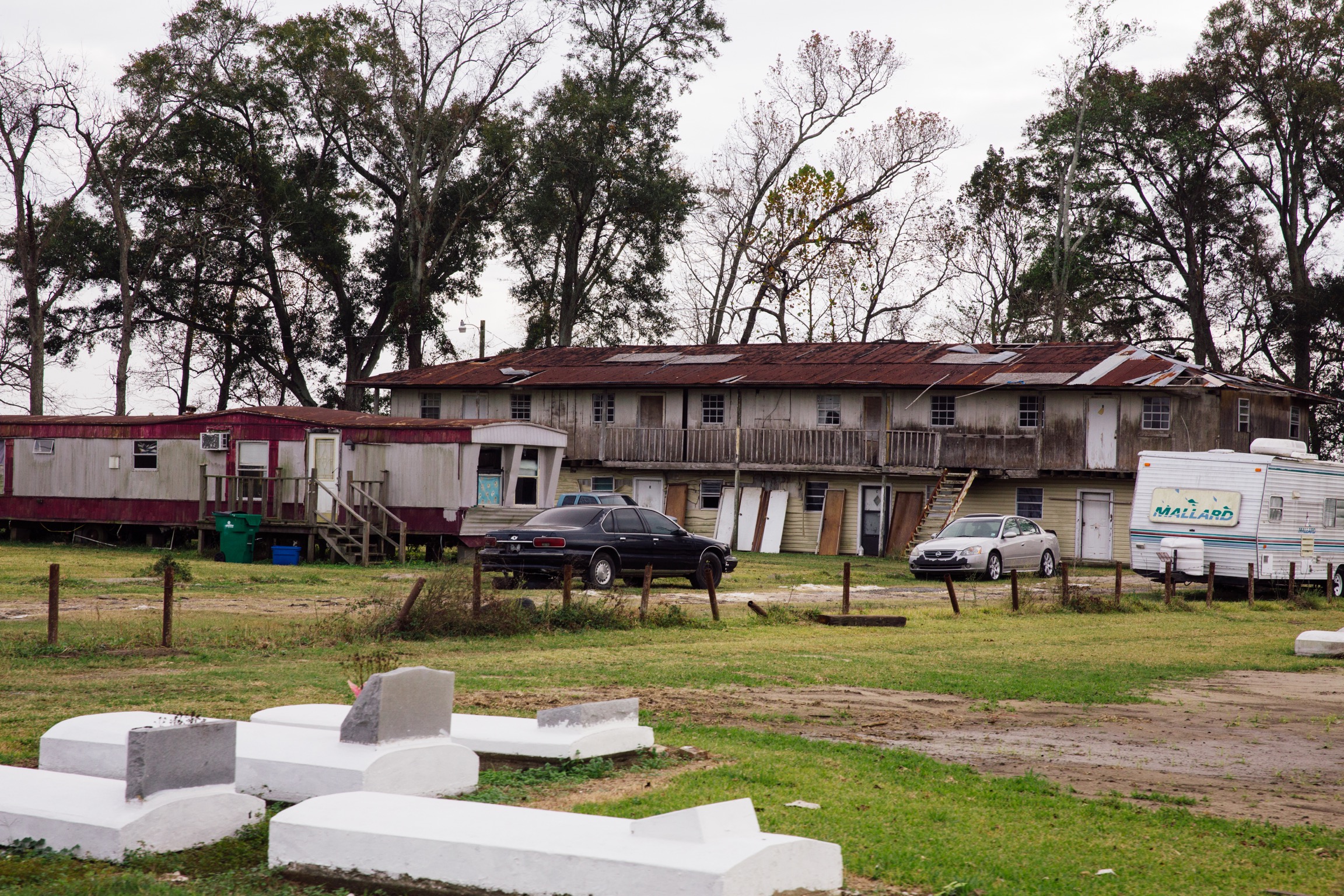 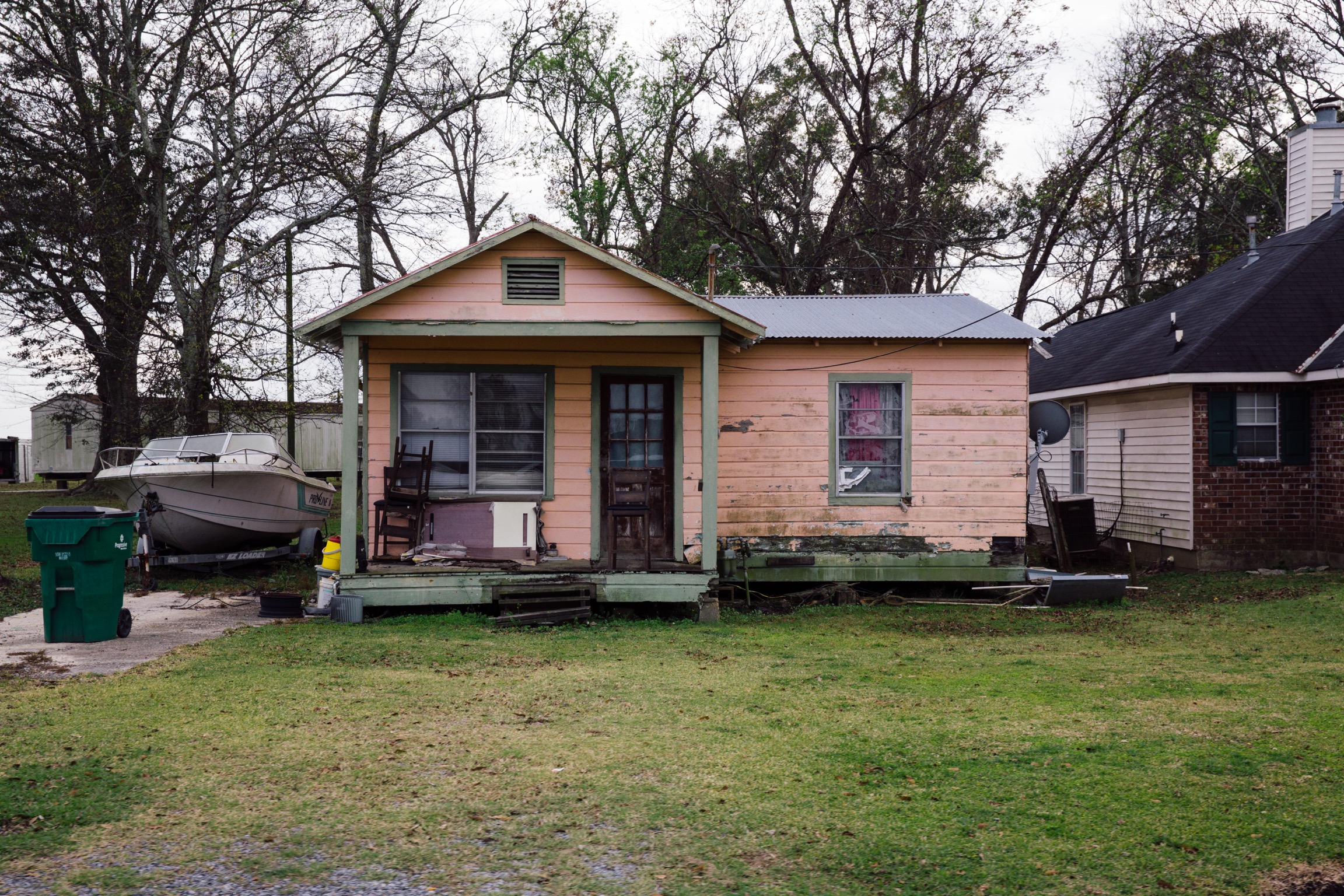 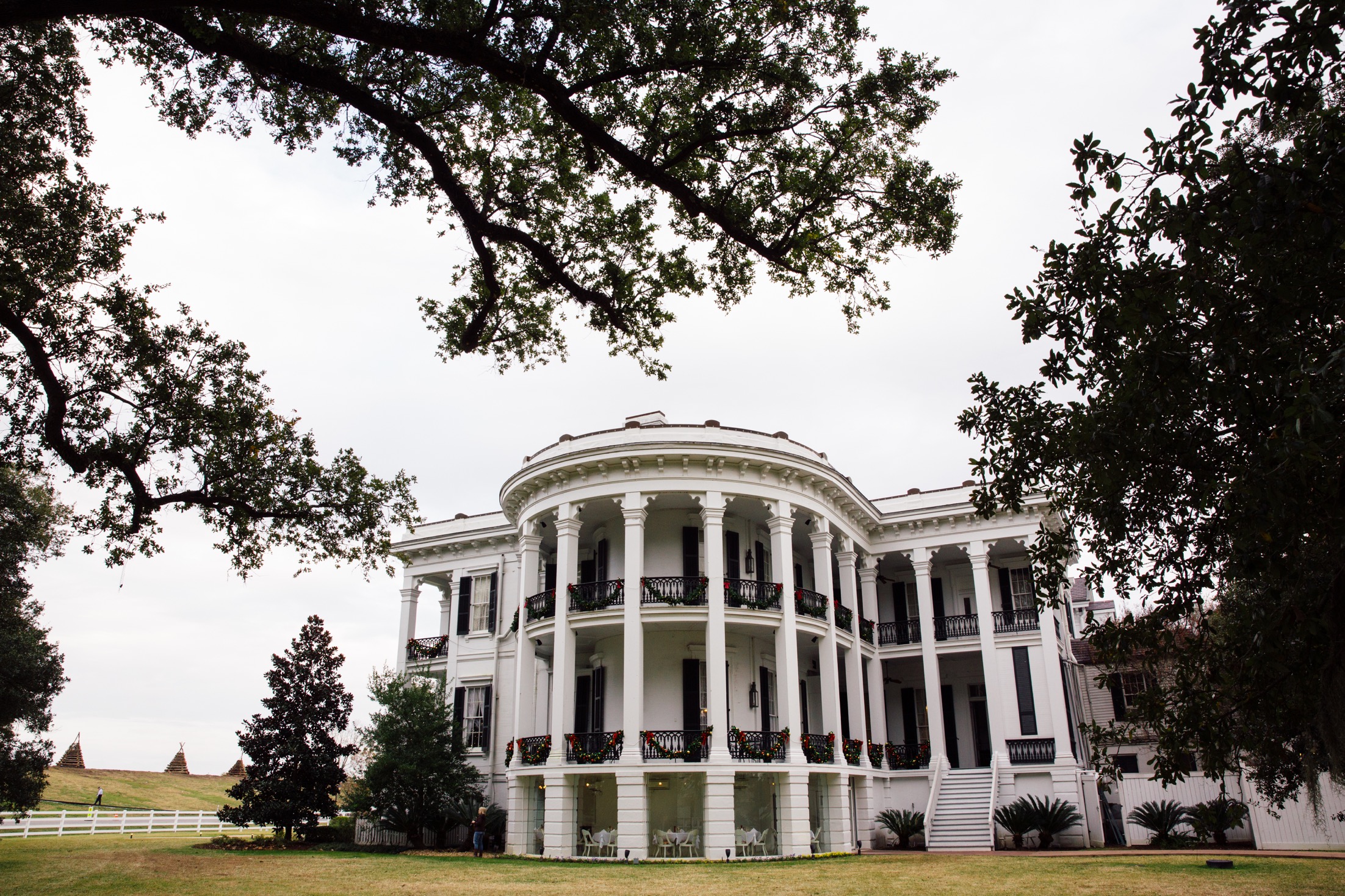 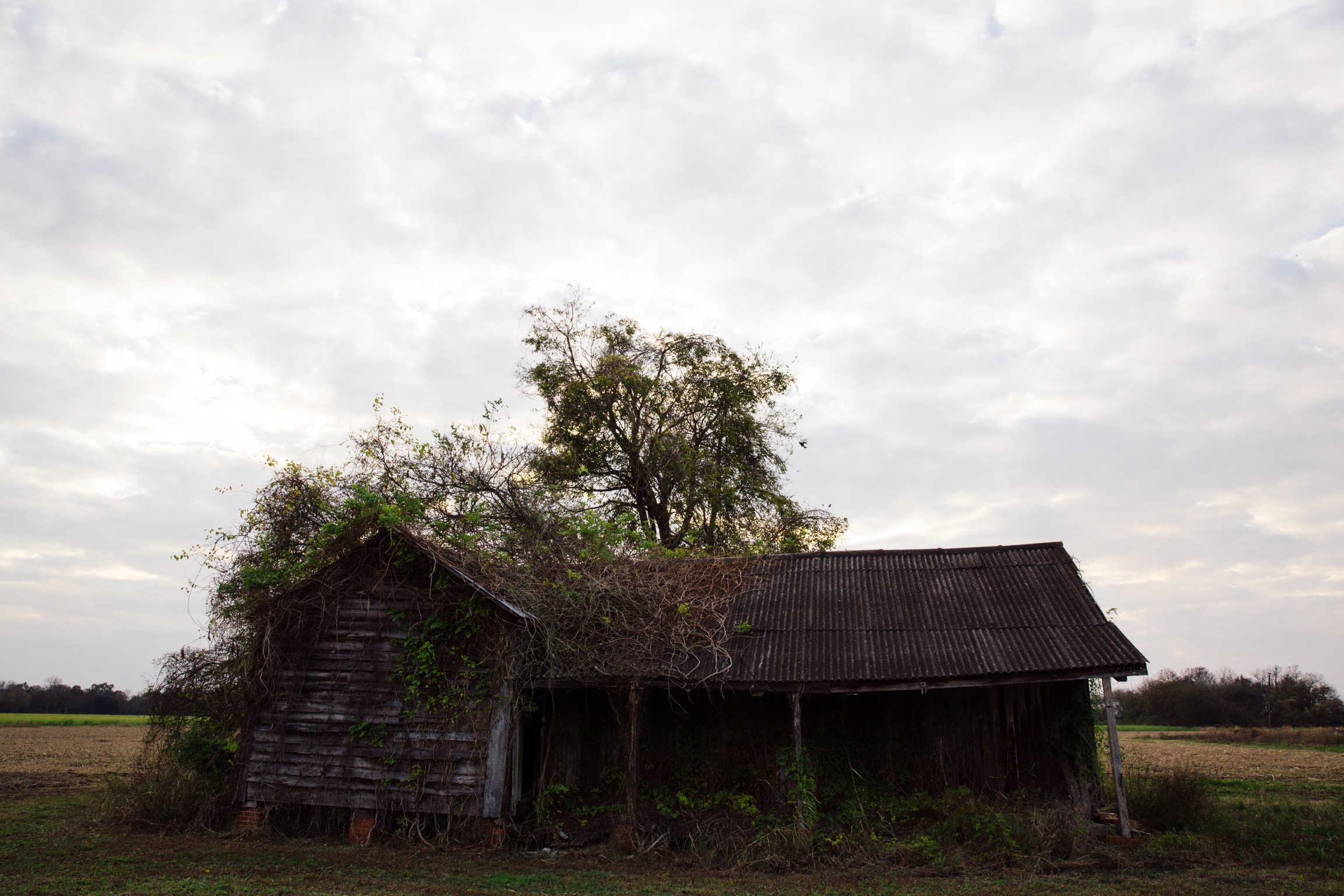 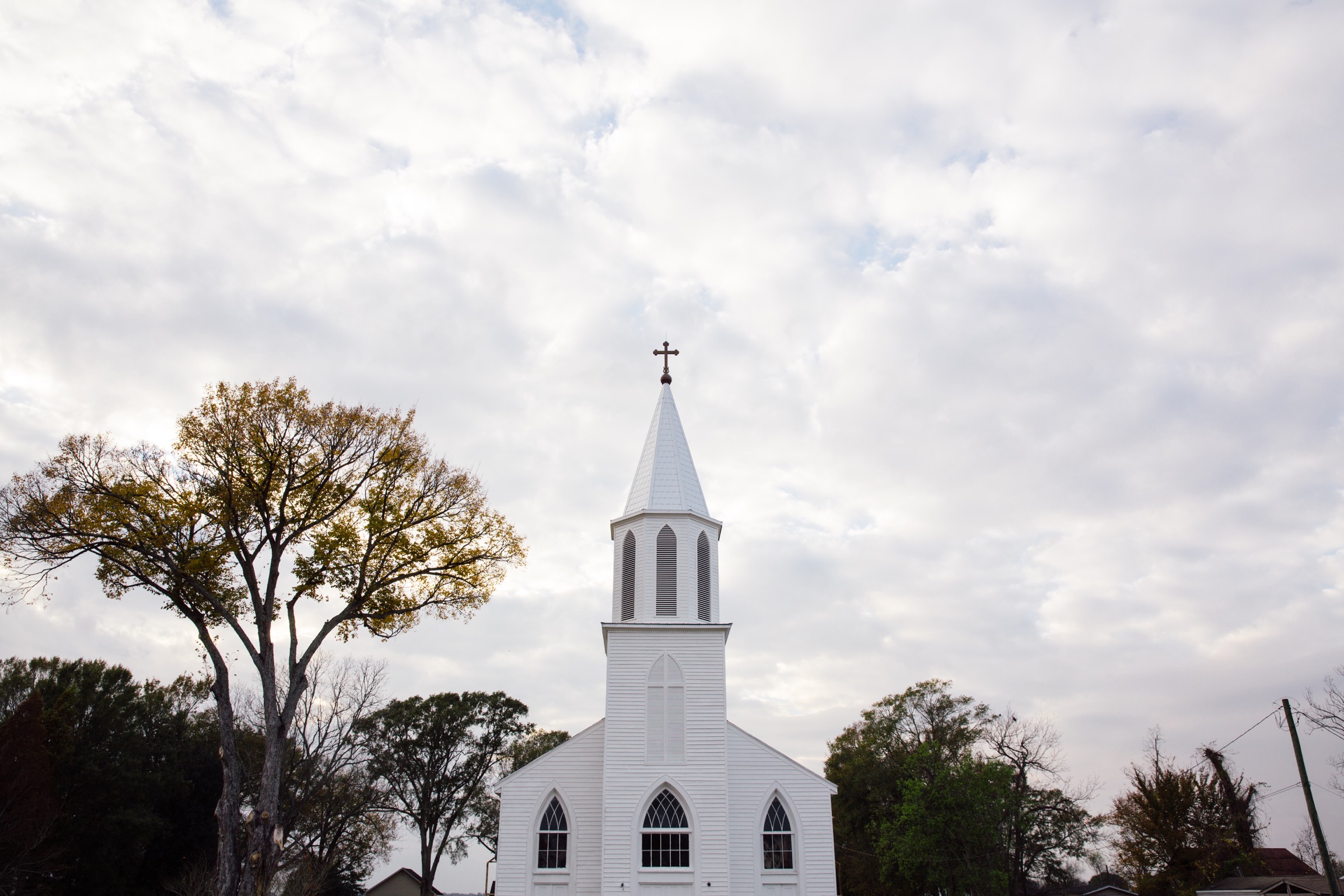 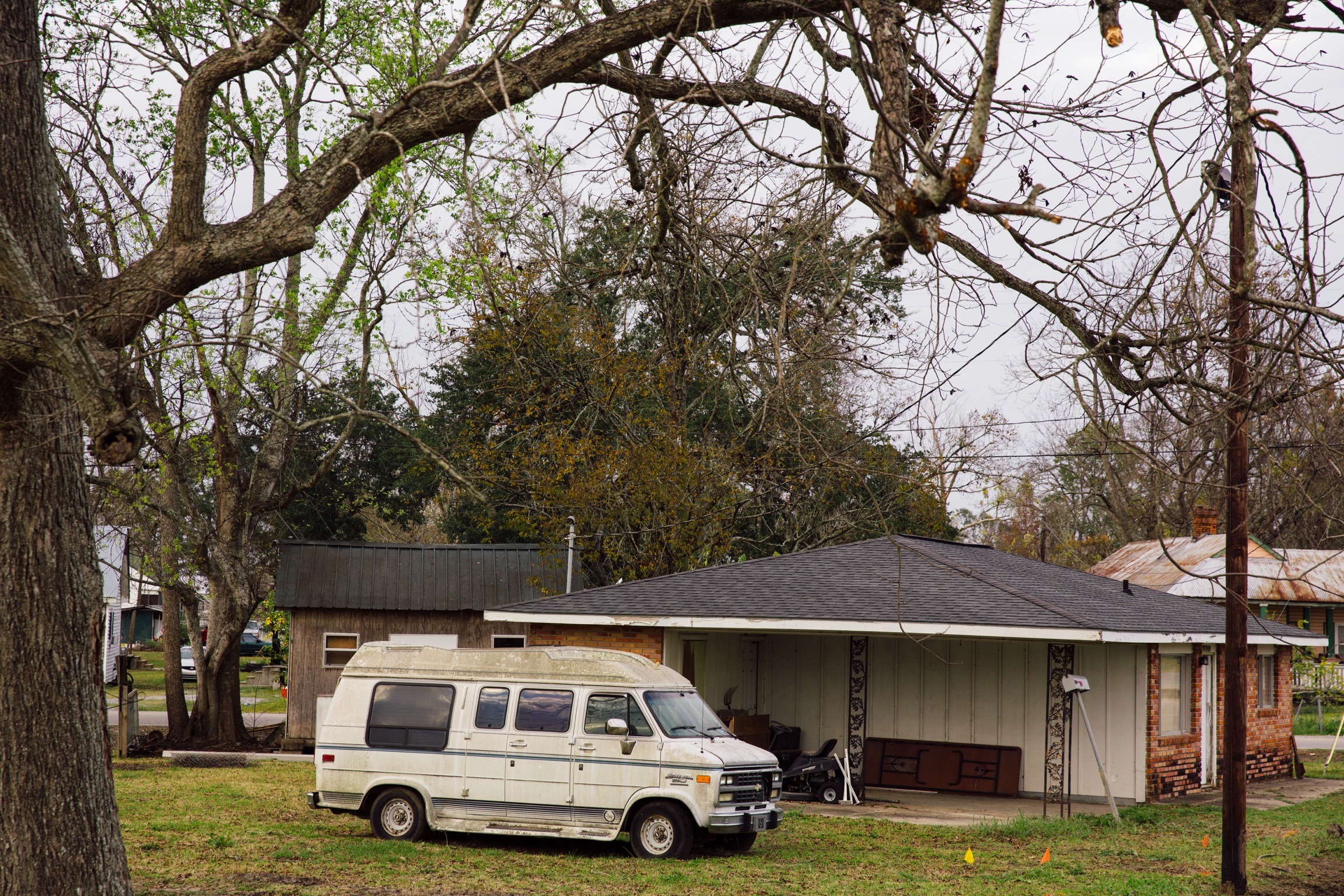 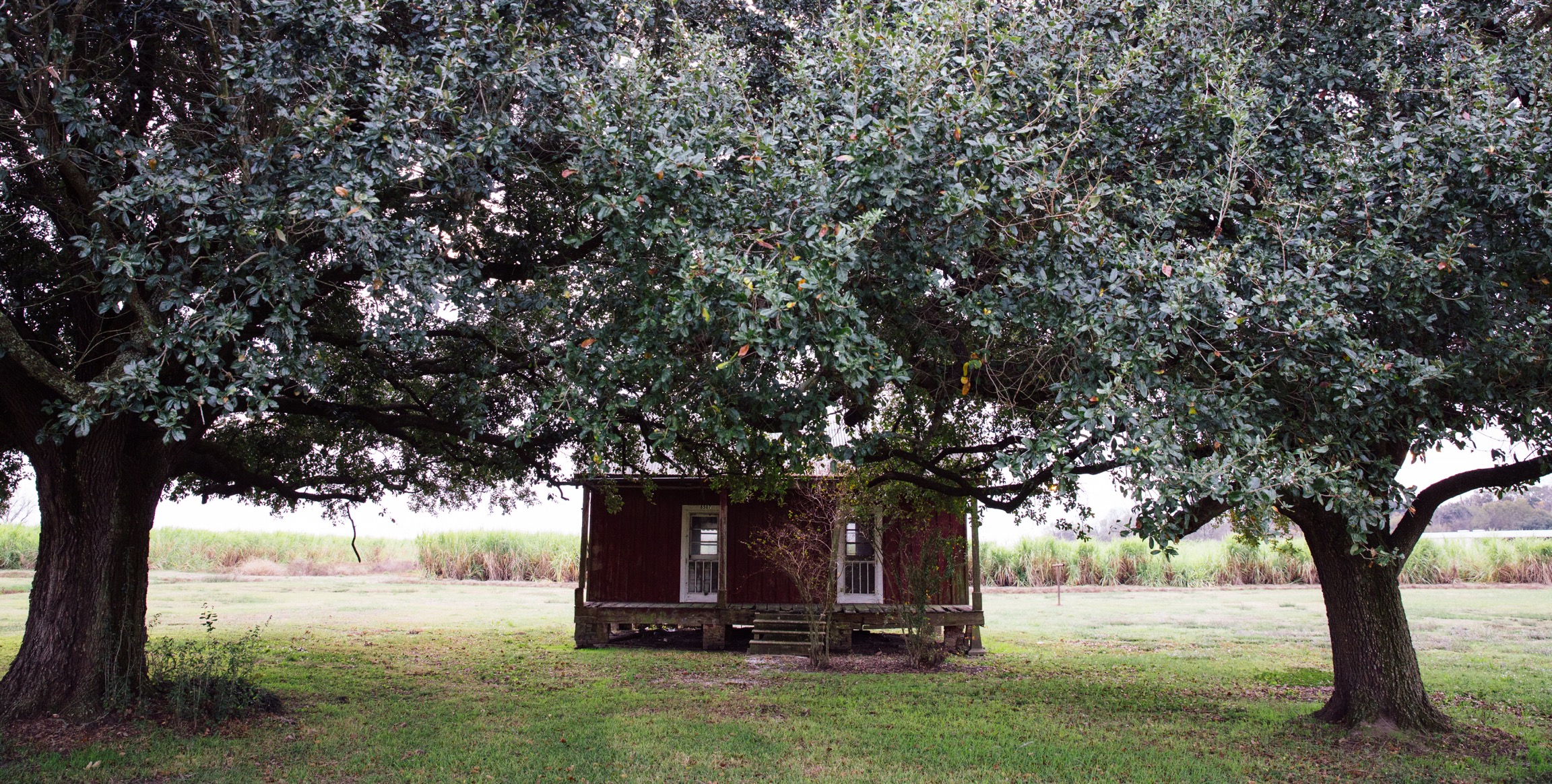 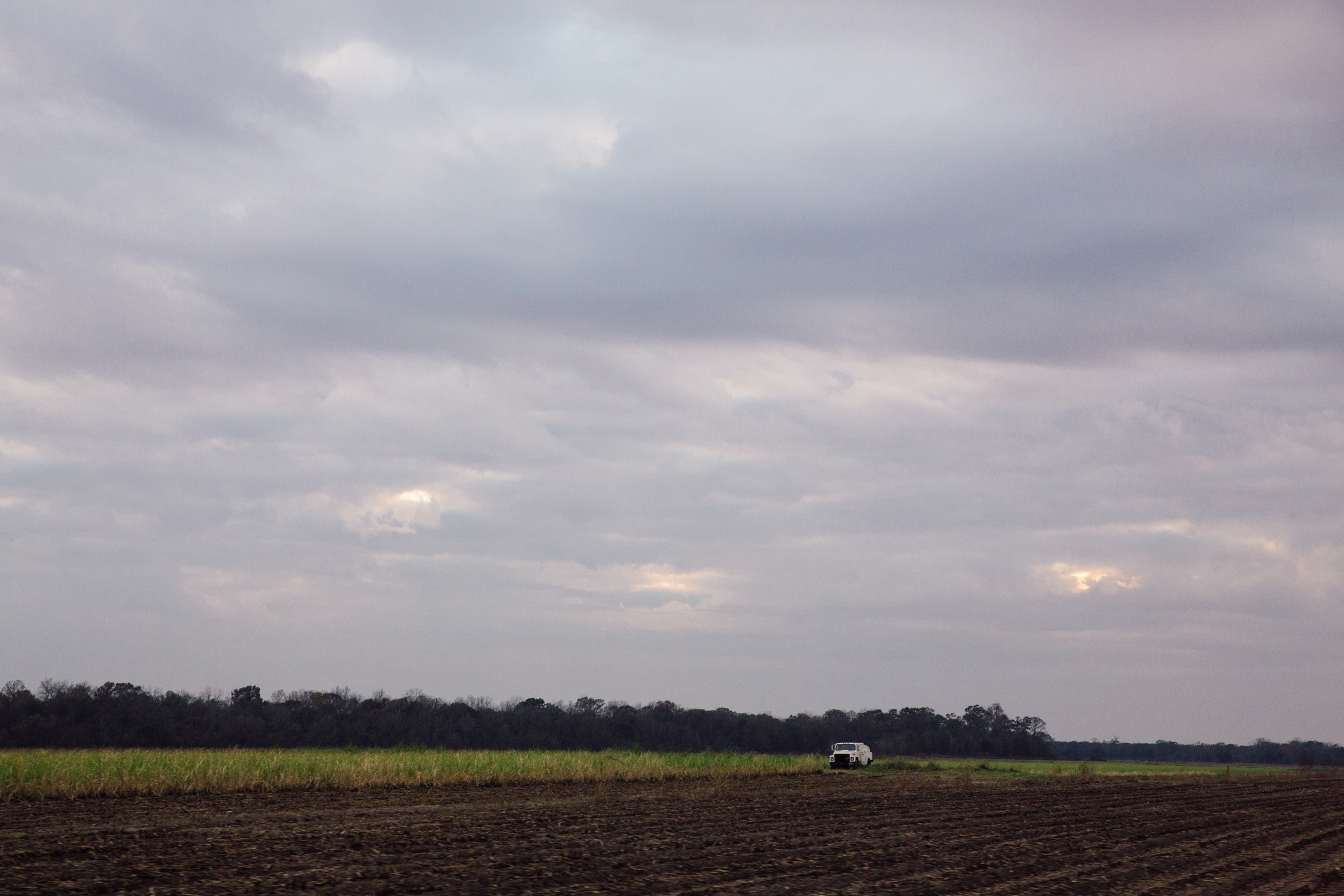 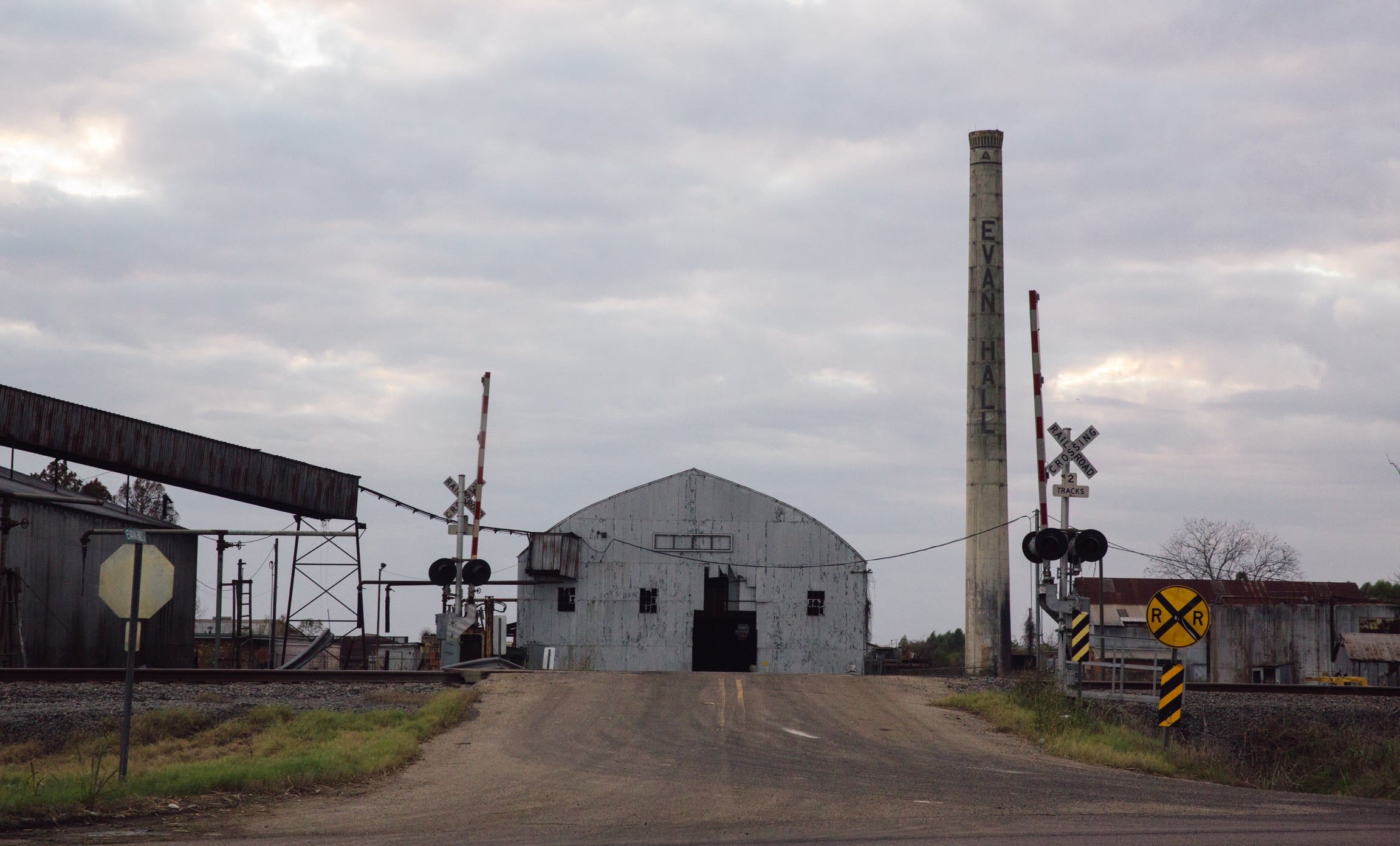